✨🌲🔥☀️ Dating as far back as 2300BC the Ancient Romans celebrated Saturnalia from approx Dec 17th until 23rd/24th. Then on Dec 25th they worshipped the rebirth/Birthday of Sol Invictus the “Unconquered Sun”, as it seemed to “reappear” in the sky, as it’s light brightened and days began to lengthen following the darkened Solstice - the longest and darkest night of the year in the Northern Hemisphere.

Saturnalia, one of the earliest recorded traditions, is a pagan festival that celebrates what was seen as the reincarnation of Saturn, the Roman God of Fire, Agriculture, Wealth, Renewal, Equality and Liberation, and revered in ancient times as the original Sun. The Romans were so thankful to their Sun for returning after the darkness that they commemorated by throwing inhibited, dramatic and languish parties to ensure the Sun would continue coming back each year, after the darkest hours of Solstice.

Saturn is known as a God of pleasure, giving pleasure to all the senses of humans, so pretty much anything and everything was acceptable during Saturnalia. The courts closed, laws were abolished so no crimes were committed, and the people ate, drank, chaotically partied, deliberately displayed naughtiness and expressed gratitude.

Trees have always been significant in Pagan's celebrations, and they worshipping them in forests and decorating their homes with nature’s symbols of new life, harvest and fertility. It is said that early Christians recruited Roman pagans, and what followed was the celebration of Christmas, remarkably identical to Saturnalia, but without the wild hedonism.

Roles reversed during this festival, so servants and children were given total freedom and held reign. They temporarily adopted the roles of their masters or parents and were obeyed and served by them, and allowed to be behave exactly as they did. This meant they could be as demanding and outrageous as they wished, without consequence, so basically the masters/parents got an experience of how their medicine tasted for a week. Employers and masters also presented their employees or servants with expensive gifts to show appreciation.

The reason for this is that Saturn saw all as equal, he was a God of fairness and his strength was in working hard to ensure humanity existed in harmony, and that there was justice, understanding and acceptance among all.

Saturn ruled over Latium, Rome, during its golden age, which was known to be a time of unprecedented stability, wellbeing, freedom, total peace, prosperity and plentifulness on Earth.

Saturn is revered as the Great God of Beginnings, and is associated with fresh starts, new light, innocence, liberation, rebirth, rejuvenation, regeneration, restoration, abundance and appreciation.

Saturnalia is known to be the original reason for the meaning of “Let there be light” and celebrations started with an elected “Lord of Misrule” being appointed, before the emperor announcing “Io Saturnalia” to the gathered crowd, to which revellers returned the greeting with “eye-oh” or “yo” and days of partying and mischief began… and still continue the world over to this day.
- Alex Myles

Who knew? I play his music in thru background during reiki!

Llewellyn - the performing name of James Zada, 56 - has been dubbed the 'the king of chill' due to the extraordinary success of his relaxation albums. But the musician won't be recognised in the street.

Um, pretty sure that’s a spirit/talking board. LOL

The Holy Spirit Board is the only spirit board designed to directly contact our lord and savior Jesus Christ! Unlike other spirit boards that are often used to contact ghosts and demons, this is a one way ticket straight to heaven. Try it today, and discover a new way to pray! So cute!! This would’ve definitely been on my wishlist as a kid ❤️ 🧙‍♀️

Little Tikes Magic Workshop lets children enter a magical world filled with potions, spells, singing, laughter, and more. The Magic Workshop is where magic is fun and fun is magic. This one never gets old for me 😂 Be the first to know and let us send you an email when Owl & Moon Apothecary posts news and promotions. Your email address will not be used for any other purpose, and you can unsubscribe at any time. 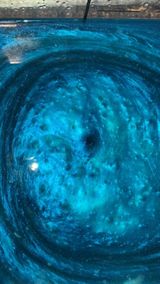 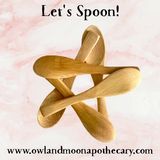 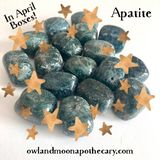 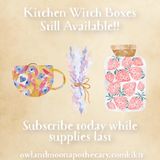 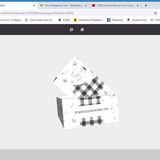 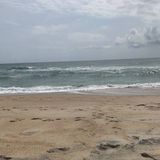 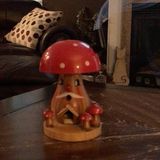 I love my incense smoker from Germany ❤️ 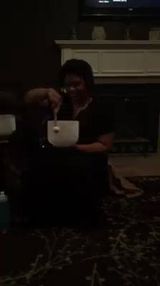 We got to play with crystal bowls last night!!! Thank you Lamika for sharing. Everyone got to try using them :) This one is attuned to the Third Eye Chakra. The room felt amazing.

Other Shopping & Retail in Woodbridge

From Stevie Nicks’ Instagram
New Moon is tomorrow March 2nd - great day to start that diet!
My new coffee mug 🧇 🏠 🧙
How do I join??
x

Other Shopping & Retail in Woodbridge (show all)