Just a reminder that we will NOT open this holiday season. We would have had to purchase triple the amount we normally sell at New Year's. We will see y'all for the 4th of July.
Merry Christmas and Happy New Year from all of us at Barndo Fireworks!!

Due to inventory issues we will NOT be open for New Years Eve this year. We will be open for 4th of July 2022! Thank you all so much. God Bless You.

We are officially closed for this season. To our supporters, Thank Uou! We really appreciate y'all!!

To the theives that hit us last night, Karma will get you!!

To the people that stole all of our fireworks last night, I hope your face and hands are blown off and you die a slow death! Come back on my property and you will meety friend Smith & Wesson! I hate a damn theif!!

To the people that stole all of our fireworks last night, I hope your face and hands are blown off and you die a slow death! Come back on my property and you will meety friend Smith & Wesson! I hate a damn theif!!

Come on out! We still have lots of good stuff!!

Come on out! We still have lots of good stuff!!

We are OFFICIALLY open!
Come out and see all the new fireworks!

We will be open this evening! Cash payers will get 10% discount! There is a fireworks shortage, so please come early!!

We will be open hopefully Tuesday!! Cash will receive a 10% discount!

Come on out! Ask for the boss!! 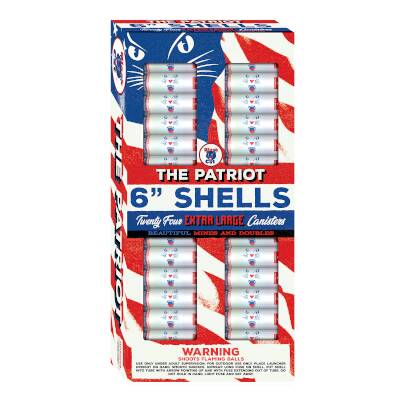 Get your Fireworks for New Years Eve. Opening Wednesday, 12-23-20 for Christmas gift shopping. The weather is going to be great, come early for best selection!

Thank y'all for another successful year!! See ya New Year's!! #merica2020

Open today! Come on out! We will sell out of these! Come on for the best selection!

Better come early! We can almost bet we will be sold out quick! See ya soon!

We have 1 available! Hurry!!

We are getting ready!!

One month from now we will be open and selling fireworks! Are y'all ready? 10% discount for all cash payments.

They’ve started by donating 1,000,000 to hospitals, healthcare workers and first responders. And, they plan to donate 9,000,000 more chocolate bars.

Please join me in this effort! When you buy a box of chocolate, WFC will ship directly to you so you can enjoy it at home safely with your family. And, for every box you buy, WFC will donate a box to our frontline heroes. That’s 60 chocolate bars in each box sold – and a chance to offer some sweet relief for those healthcare heroes working under stressful conditions.

Learn more here: www.WFCHealthcareHeroes.com and use my promo code 4770 at checkout for free shipping.

Thanks for your support – stay safe and be well,

World's Finest Chocolate is on a mission to donate 10,000,000 Chocolate Bars to hospitals and brave healthcare workers all over the country.

We will be open for New Year's Eve! (weather permitting). Come by for great deals!

Thank you to all are loyal customers!
See y'all for New Years!

Fireworks! Come on before they are all gone!

Come on out! We're have plenty of packs! Ask Larry for the Paigee Special!

Be the first to know and let us send you an email when Barndo Fireworks posts news and promotions. Your email address will not be used for any other purpose, and you can unsubscribe at any time.

Send a message to Barndo Fireworks: Black Cat Fireworks in Lubbock - The Best you can get!

Black Cat® continues the tradition of celebrating with fireworks that started in China several millennia ago. Around 200 B.C., people began roasting bamboo stalks until the air inside the hollow stalks would get hot enough to sizzle and explode. That is why the Chinese term for firecrackers means “exploding bamboo.”

As gunpowder and fireworks spread from China to Europe over the Silk Road, fireworks began to become part of official celebrations, including the annual displays at Castello Sant’Angelo in Rome to the coronation of Anne Boleyn as Queen of England in 15331. Henry VII celebrated with a magnificent display at his wedding in 1486, there were regular displays at the Palace of Versailles in Paris, and Peter the Great of Russia sponsored a marathon 5-hour display for his son’s birth.

In the US, the first July 4th celebration happened during the Revolutionary War. From that time, fireworks have become synonymous with celebrating our country’s Independence Day. Black Cat is proud to be a part of this important and fun American tradition.