Stop in to find out the latest events and and updates for your Scouting, Gaming, and Hobby interests

We will be closing at 5pm on Saturday 9/17. There will be no open gaming.

We will reopen on 9/20 with our regular hours. 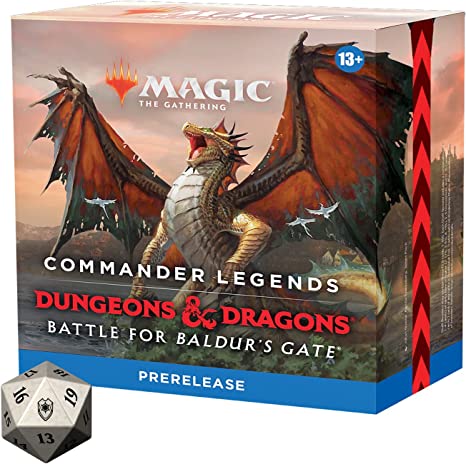 It's a Flash Sale!!! This weekend and in store only you can pick up a MTG Commander Legends Battle for Baldur's G*te Prerelease Pack for only $18 🤯

Supplies are limited and we will not be able to get more. Stop by and grab yours while we still have them. 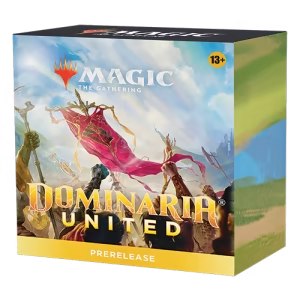 Its time for the Dominaria United Prerelease Tournament 🎉

Michael William Craig, age 74, of Purcellville VA passed away peacefully on Tuesday July 5, 2022, surrounded by family. Born to Bill and Nancy Craig in 1948 the only male child of five siblings. His Irish American Catholic/Virginia-Chickahominy heritage and being the son of a military veteran instilled in him a strong appreciation of tradition, faith, and duty. At an early age Mike began his service to God as an altar boy at St John the Baptist de la Salle in Chillum, MD. Mike was a Class of ‘67 graduate of DeMatha Catholic High School and earned a Bachelor's degree in Electrical Engineering. Mike spent 20 years working at Vitro Corporation where he designed electrical systems and traveled the world inspecting and training other countries on safety systems for nuclear power plants. As a quality assurance supervisor, he led a team in designing one of NASA’s space shuttle cockpits. After retiring, he and his eldest son opened Leesburg Hobbies & Collectibles where he enjoyed being recognized as “the train man” and “the scout shop owner”. Mike respected hard work, but also knew how to play. He spent many years as a league bowler and playing softball.

Mike always cared greatly for his community, especially the children. He coached little league for 11 years, was an elementary school PTA president, and he opened the family home as a McGruff Safety House. It was as a Boy Scout Leader, however, where he made some of the deepest connections with those outside of his family. As a uniformed scouter for over 35 years, some of Mike’s favorite moments were found camping, working on Eagle Projects, mentoring, and simply helping young people grow and discover all that they could be.

Viewing will be held at Colonial Funeral Home (201 Edwards Ferry Road NE Leesburg, VA 20176) on Thursday July 14, 2022 from 7pm-9pm. A Catholic Mass of Christian Burial will be held at St Francis de Sales Catholic Church (37730 St. Francis Court Purcellville, VA 20132) on Friday July 15, 2022 at 1:30pm with a reception to follow. The family will be holding a private interment in the coming days at G*te of Heaven Cemetery in Silver Springs MD.

The family has set up a memorial fund to be distributed to the two scout troops that he was most active with in his life. Contributions can be made at: https://gofund.me/27249e56

Great news scout families🎉 One of our Loudoun high school students is returning in July to sew patches on uniforms.

We still have seats available for our in-store Commander Legends: Battle for Baldur's G*t Prerelease tomorrow.

Bill has something special planned for all in-store event participants. This is one you don't want to miss!

This set combines Commander play with draft format, resulting in a unique experience! 🤯

May 7th at noon we will be kicking off our New Capenna Game Day Draft Tournament. Cost is only $15. Space is limited, so call to reserve your seat soon.

We hope to see all our Magic Community back on Saturday May 7th for Game Day. We will be hosting another fun New Capenna Tournament Event starting at Noon. Will Daniel be able to hold on to his Crown or will you be our next Champion???

Due to Flower & Garden Show Setup. We Will Be Closing at 5pm on Friday April 22nd. We will be open 10am-8pm on Saturday April 23rd

Check out these fantastic Pinewood Derby Awards. At $3.99 each what a great way to recognized your racers! We have a nice supply, but when they are gone... They are already out of stock at all our council shops in the area. 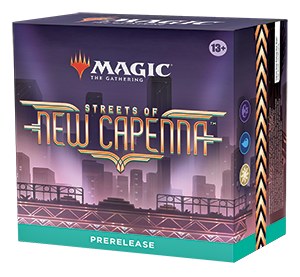 Magic Players - We are now taking registrations for Streets of New Capenna Pre-release event. Call the shop to reserve your spot.

BSA Switchback pants have arrived!!! We are thrilled to have them back in stock after the nation wide backorder. What size do you need?

These Ugear's 3D moving mechanical puzzles have zero power and are a delightful adventure for both modelers and puzzle lovers alike.

Ugear's is a Ukrainian company. We pray for the safety an well being of all Ukrainians. 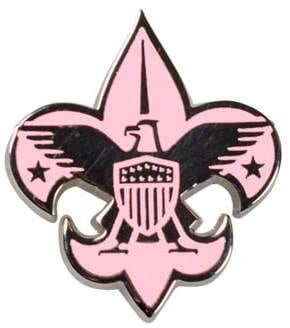 As we celebrate Women's History month, consider showing your support for our BSA Girl Troops who are blazing trails and making history today. This great lapel pin is one way you can show the word you support these fabulous young ladies. 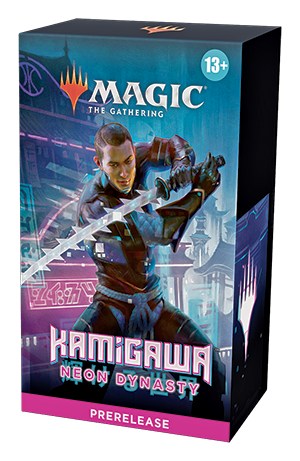 There are still a few seats available at our in store Pre-Release event for Magic the G*thering: Kamigawa - Neon Dynasty. The event starts at noon on Sat 2/12/2022. All players need to be checked in and paid up by then.

Join us for an afternoon of fun! Cost is only $25 per entrant. 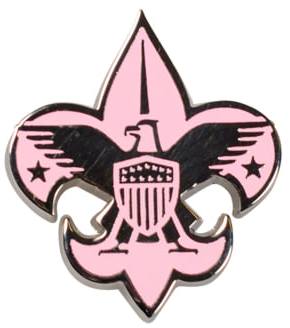 Just got a nice large order in from BSA. Here are just a few of the neat items that arrived. 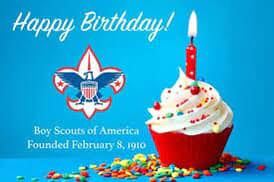 UGears wooden models kits are unique toys and puzzles which not only look amazing but also move without the addition of batteries! They are based on a patented system of fixing wooden mechanical toys without glue through wooden gear wheels and a wind-up rubber band mechanism. The handmade wooden designs that produce real motion impress everyone without an exception, from small kids to elders.

We have the official BSA pinewood derby kits in stock along with a wide variety of paints, weights, sandpaper, decals, tooling parts, dry graphite, and other accessories. Come on in and be inspired to make your car as awesome as you!

Magic Players - Join us Saturday 1/22 for an Innistrad Draft Event. Drafting begins at 1pm. Doors will open at 11am. Cost is $12.

Magic the G*thering Players, Preregistration is now open for our in store Kamigawa: Neon Dynasty Prerelease Event on February 12th starting at noon!

Call or stop in to secure your spot! If you use Wizard's Companion app, you can start your registration using code GGE2PY

Our hours for Christmas Eve will be 9am-noon. We will be closed Christmas Day through New Year's Day. We will resume our normal hours on Tuesday January 4, 2022.

We here at Leesburg Hobbies & Collectibles would like to wish you all a blessed Christmas season and a safe & joyful New Year!

Looking for a great gift for your Magic the G*thering player? We have several sealed box items on sale at 20% off through the end of November. Come on in and we can help you find something for your gamer.

We will be closing early today, 11/9. Our family appears to have all shared the same head cold. Please feel free to email us orders at [email protected] We are hoping to reopen on 11/10.

Our in store Tournament Style event includes fun and prizes to all participants and vary based on placement at the end of the tournament. You can sign up through the Companion App with code JM5V88, but your spot is not fully secured until you call 703-779-8600 or stop in to pay your $25 registration fee.

Ready to kick up your Halloween? We have some of our Spook-tacular games on sale this month for 20% off. Come in and we can help you find a game that will make your Halloween event even more spooky.👻

Yes! Innistrad Midnight Hunt is in the house!!! We still have a few spaces available for our in store tournament pre-release event starting at noon tomorrow 9/18/2021. Call us at 703-779-8600 to reserve your spot.

Did you spot it???? That's right we also received some of the coveted 2021 Convention Exclusive Mystery Booster boxes. These will not be here long. 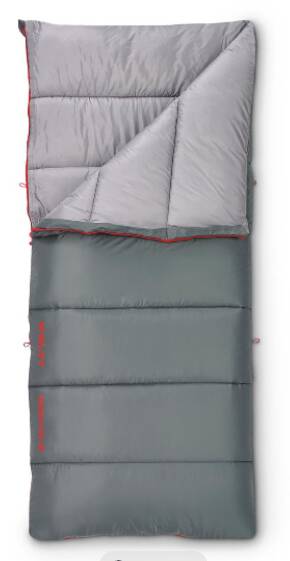 As we continue the month of celebration for our 20 year anniversary, this week we are focusing on our Scouting Community.

This week we have Kelty Endeavor 30 Degree Sleeping Bags 20% off while supplies last.

Keep warm even when the weather isn't. Sleeping under the stars is always a magical experience, make it even better with this Kelty® Endeavor 30°F Sleeping Bag. Constructed of 190T polyester and double-layered CloudloftTM insulation, it's made to keep you comfortable and warm. The zippers are lined with a snag-free draft flap so that you aren't getting the zipper stuck every three seconds, which we all know normally happens. It has a temperature rating of 30°F to keep you warm even in cold weather. It's time to enjoy the wilderness, without giving up your comfort.

Our in store Tournament Style event includes fun and prizes to all participants and vary based on placement at the end of the tournament. You can sign up through the Companion App with code 7QJ7QR, but your spot is not fully secured until you call 703-779-8600 or stop in to pay your $25 registration fee. 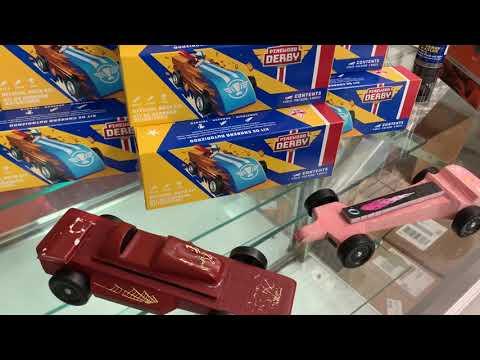 We were so happy to have members of the Town of Leesburg visit as we celebrate our 20 years. They even did this fantastic video!!!
https://www.youtube.com/watch?v=FGxlXYANiuc

Leesburg Hobbies & Collectibles was founded in 2001 and offers an array of items related to scouting, gaming, and hobby interests. Learn more about the famil...

We are so very excited to announce the shop's 20th anniversary!!! 🥳
Thank you to all who have been part of our family's journey these last 20 years. Please stop in and visit us this weekend as we celebrate.

Ticket to Ride Europe is 15 yrs old 🥳 We have one collectors edition left of this fabulous game!

Pack your luggage, hail the porter, and climb aboard!

This deluxe and oversized version of Ticket to Ride® Europe celebrates years of thrilling train adventures for many families and friends.

Featuring finely detailed plastic trains and stations coming in gorgeous tin boxes, this version is a spare no expense definitive edition of the classic Ticket to Ride® Europe: oversized board, all the destination tickets published to date along with a set of beautiful new artwork.

We are closing early today Wednesday 8/4/202, due to a gas leak in the area. We plan to be reopened tomorrow at 8/5/2021 at 11:00 am.
Please feel free to e-mail us a [email protected] and we will get back with you as soon as possible. Thank you for understanding.

Pre-release items have arrived and WOW some of the prize support Wizards of the Coast has sent is very special. 🤯

Magic Players - are you ready for the Pre-release of Adventures in the Forgotten Realm? We will be hosting a tournament style pre-release "no-touch" event at the shop on Saturday 7/17/2021. Check-in is at noon. Please call the shop to make payment and secure your spot in advance 703-779-8600

If you use the MTG Companion App the code for registration is DE4Y6X but you will still need to call or stop in to pay to secure your spot.

Be the first to know and let us send you an email when Leesburg Hobbies & Collectibles posts news and promotions. Your email address will not be used for any other purpose, and you can unsubscribe at any time.

Magic the Gathering Players, Preregistration is now open for our in store Kamigawa: Neon Dynasty Prerelease Event on February 12th starting at noon! Call or stop in to secure your spot! If you use Wizard's Companion app, you can start your registration using code GGE2PY 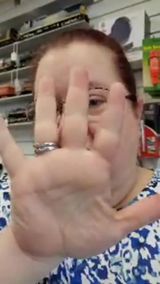 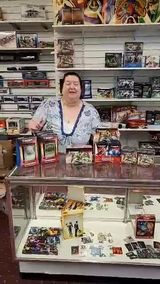 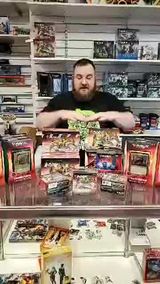 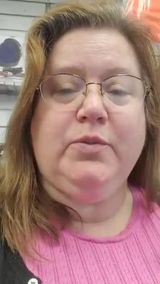 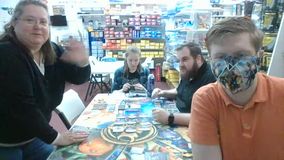 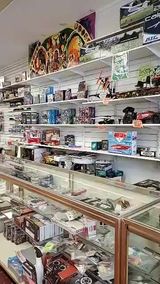 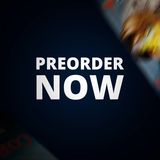 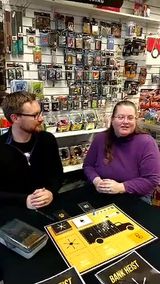 Other Hobby Stores in Leesburg

Leesburg Hobbies & Collectibles plans to be open during our normal business hours but will be keeping an eye on the snow. If the road conditions deteriorate, we will adjust accordingly.

For this reason, we plan to start our normal open and free gaming early, at 3 pm.

Feel free to come out and play some games!
x

Other Hobby Stores in Leesburg (show all)