Welcome to Milstead Farm Group Milstead Farm Group is Central Alabama’s most modern cotton gin. We take great pride in creating value for our customers. The implementation of technologies and practices allow us to maximize the value out of each module harvested.     Learn More Our Mission To pro...

Broken Screens, Data Recovery, Setup, Virus Removal, Upgrades, we do it all

No need to go out of town for quality service. Over 20 years experience.

As Southern Christian Protectors, we support the Christian values, culture, and heritage of the Southern people and their freedom and independence in their own land.

. Membership Easily apply for membership online or renew your current membership. Click Here About Us FInd out more about the Southern Cultural Center core goals and beliefs. Click Here Brochure View or print out a copy of our latest brochure. Download PDF OUR MISSION As Southern Christian Protector...

WebDevil Design is looking for a motivated and creative individual who has graphic design knowledge and website development experience. Must be proficient in graphic design programs and have experience developing in CMS platforms such as Wordpress. Will be tasked with working with clients to produce websites from the ground up and maintaining existing websites and social media platforms. Please provide some example websites in your application when contacting us. Thanks!

BEWARE! There is an e-mail circulating, supposedly from PayPal, stating that your account has been charged $34.00 for a "Plush Stuffed Toy." This e-mail will likely appear in your SPAM folder in the first place, but just in case it appears in your Inbox, you need to understand that this is a SCAM! DO NOT, UNDER ANY CIRCUMSTANCES, click on the "Cancel Order" link they provide! It is either a link to a malicious website or it is a link that will infect your PC with a serious virus! Of course, you will know that this e-mail is a scam because at no time in the e-mail do they mention your name. Again, the e-mail simply says you have paid for a "Plush Stuffed Toy" without even so much as mentioning your name, so do not press the "Cancel Order" link.

New website is up and seats are selling out fast! Be a part of this historic event. Order your tickets online now for the grand opening performance in just a few days!

Need help with your phone or tablet? We can now work on these devices remotely! If you think you may have a virus or malware or if you just need help with your accounts or settings, give us a call. We will connect to your device and have you fixed up in no time!

Come out and join the celebration!

Hey friends! Are you looking for some really GREAT gifts for Christmas? Come and see our large inventory at WebDevil Design at 301 Barnett Blvd. in Tallassee. We have the lowest prices on new, used, and factory recertified desktop and laptop PC's, peripherals, factory recertified cell phones, cell phone cases and screen protectors, and tablets! We have desktop PC's starting from $249.95, laptops starting from $199.95, tablets starting at $59.95, iPhone 5c's for $159.95, iPhone 6's for $299.95, and Samsung Galaxy S-5's for only $199.95! Come and see us Monday through Friday from 9:00 am until 5:00 pm, and Saturdays from 9:00 am until 2:00 pm!

I'm sure that many of you are aware of the scam that has been taking place the past few months in which these persons with very heavy Middle Eastern accents call you out of the blue, claiming to be from Microsoft Technical Support. Others have received a pop-up on their web browsers while surfing the Internet, claiming that your computer is infected, and you are to call a toll-free number. During the phone calls, they tell you something like they have detected that your computer is sending virus-like activity over the Internet, and that they want to "help" you. In many cases, they take control of your computer and show you supposed "errors" in your computer's operating system (through this utility called the "Event Viewer"). Everything you see in there is perfectly NORMAL Windows "behavior," but they do their best to convince you that the behavior is NOT normal. They attempt to sell you their "protection package" for a nominal fee, and if you refuse to pay them, they will, in most cases, lock you out of your computer. Also, as they have control of your computer, they go "fishing" for anything in the way of financial information, passwords, etc., and they copy any document/form they can find as they are installing their "utilities" to your computer.
I have been working at WebDevil Design & Computer Solutions in Tallassee for nearly two years now. I do not claim to be a computer "expert" in any sense of the word, but the man I work for, Johnathon Haywood, is the most knowledgeable computer "Guru" I have ever known. The education he has given me the past couple of years is priceless. And Johnathon concurs that these people, who are mostly from Pakistan and Afghanistan, are nothing more than low-life criminals, who have stolen money and information from a lot of unsuspecting people, under the premise that they're "helping" you. We have had many computers come into our shop, many from senior citizens who simply do not know these people are scammers, that have been so corrupted that the only way we've been able to fix the problems is by doing a factory reset of the PC. Yes, we can recover your personal data, but you end up losing programs and settings during this process.
I assure you that Microsoft IS NOT monitoring your computer in any shape, manner, or form. They sell several MILLION Windows operating systems every year, they do not have the resources to monitor the activity of every computer with a Windows operating system! A simple rule is to never give ANYONE who you do not know and trust control of your computer - EVER! We've found that the best way to get rid of their calls is to inform them that you do not even own a computer; in most cases the calls will stop. At least they'll hang up the moment you tell them you do not even own a computer.
If you get one of the pop-ups on your web browser and you cannot close the pop-ups, simply restart your computer. DO NOT CALL THE NUMBER LISTED ON THE POP-UP! Try doing a normal restart at first (using the Power icon on the Start Menu), and if that doesn't work, press and hold the power button on your computer for four to five seconds until your computer powers off completely. Let it sit for a minute or two, and press the power button to start your computer again.
Again, remember, these people are SCAMMERS, and it is IMPOSSIBLE for them to know whether your computer has viruses or not! Never call the number on the pop-ups, and if they call you, either tell them you do not even own a computer, or simply hang up on them. Be safe, people!!! -Tommy Lawrence

Don't lose your precious memories! The longer you wait to convert old media and VHS to digital the more distorted and corrupt they can become. Bring your VHS tapes and old photographs to us for affordable conversion today. We can even restore damaged or faded photographs or colorize your ancestral black & white ones!
Call us at 334-283-6565 or just bring them by at 301 Barnett Blvd at the corner across from the police station in Tallassee.

Slow computer? Got a virus?

Improve device performance and speed while protecting your personal information and security. We can remove hidden malware and viruses from your PC and optimize it for peak performance. Give us a call today at 334.283.6565 or drop by 301 Barnett Blvd in the corner building across from the police station in Tallassee. 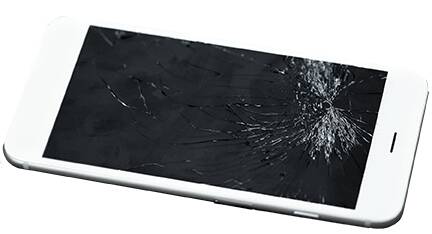 Broken Cell Phone or Tablet? We can fix it! Call us today at 334-283-6565 for a quote or come see us at 301 Barnett Blvd in Tallassee. We are in the brick corner building across from the police station. Most repairs can typically be done within one hour.

Now, when you purchase computers, peripherals, or networking equipment from Amazon.com, you will be given the option to have us install it for you direct from their website! You may also schedule service for in-house phone screen repair, virus removal, networking and much more! 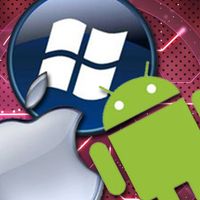 Be the first to know and let us send you an email when WebDevil Design & Computer Solutions posts news and promotions. Your email address will not be used for any other purpose, and you can unsubscribe at any time.

Other Mobile Phone Shops in Tallassee

GOOGLE LOCK REMOVEAL ON A TAB3?