we are a home-based business that provides awards to sports teams, businesses and corporations.

Hi everyone! Thank you SO much for your support - with your help, we made it to the finalist round. Help us reach the finish line by voting (up to once per day) for Jo's Trophies for 2021's Best of Loudoun businesses between now and March 26!

Hi everyone! Thank you SO much for your support - with your help, we made it to the finalist round. Help us reach the finish line by voting (up to once per day) for Jo's Trophies for 2021's Best of Loudoun businesses between now and March 26!

I've been nominated for Best of Loudoun for the first time! Please vote for me. You can vote daily from today until January 22nd! I'm under People and Services/Promotional Products.
https://www.loudountimes.com/best/#/gallery?group=372059
page down to promotional products and select me!!!!!
thanks in advance.

How did we come down to florida for nats spring training and end up in a hotel owned by the Houston astros????? 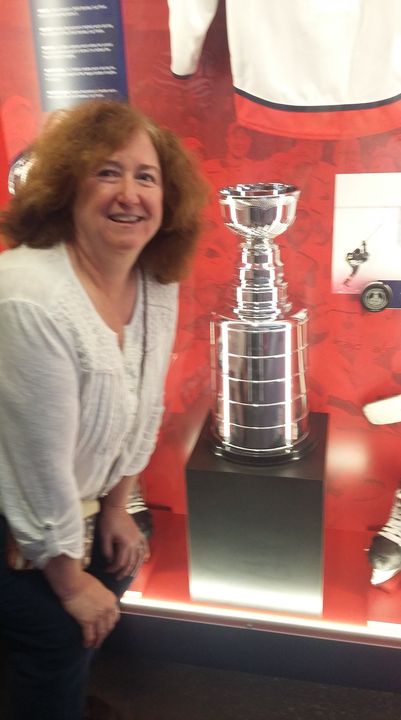 okay everyone. this is the closest i could get to the stanley cup. if someone wants to send a picture of themselves with the real cup, i'll post it here.

Hey, my new website is finally up. It's not totally completed, but it's much better than the old one. Look for updates to come. www.jostrophies.com

Congrats to the Sugarland Run Dolphins for winner our "Minion Trophy" at the relay carnival yesterday!!!!!

i noticed yesterday that i have no reviews on yelp. if anyone wants to post one, i would be eternally grateful!!!!

The Value of Participation Award
Monday motivation from Stephen Capper of A-1 Awards.
“There’s a player in the NFL named James Harrison. He is known for taking away his kid’s participation trophy because he says the boy should not get something he didn’t earn. James gets paid millions of dollars a year. In 12 years, he’s missed 21 games. Since he missed those games, does he give the money back since he didn’t participate?
I also wonder sometimes, when they talk about participation awards, if we should tell every kid that no matter what they do in life, the only person that gets paid is the president because the rest of us just participated.”

thought you'd like to see a few pictures of fun things i've made in the past.

Be the first to know and let us send you an email when Jo's Trophies posts news and promotions. Your email address will not be used for any other purpose, and you can unsubscribe at any time.

Send a message to Jo's Trophies: