Come check us out in between Cinemark and Sams Club. We have more faceplates than ever...and we speak english! :)
(6)

Today will be the last day our Paducah store will be open for business. We will close at 8pm tonight for the last time. Lots of deals today so come on in! If you need a cell phone repaired please give Phone Medics a call at 270-681-2575 or check out their website phonemedics.net

Think your iPhone is cool? One phone available in China has a stun gun attachment packs a 800,000 volt punch!

Fact of the day: More than 1,000 cell phones are activated each minute.

HealthyStuff.org researchers took apart 36 phones and submitted their components to X-ray fluorescence spectrometry—a process that determines the chemical composition of a material. The researchers then rated and ranked the phones on a scale of 0 – 5, lowest being best, in three ways: by chemical (for each of 12 commonly found hazardous chemicals, such as bromine, mercury, and lead), by component (case, screen, solder, circuit board, etc.), and overall.

Funny how there were 500 different iphone 5 leaked pics and this is the one I chose to go with and posted on Big Wireless May 29th....and it was the real one :)

We now have the ability to unlock ANY iphone...No jailbreak needed...and its PERMANENT!

Need to call out of the country? We also sell prepaid services and international calling cards (direct dial numbers right from your cell phone) with rates as low as 1 penny per minute!

Big Wireless Radio Ad with AJ and Mitch from Electric 96.9

Jailbreak has been released for the 5.1.1 update. This is what alot of people have been needing to get picture messaging working on their iphones using straightalk, h20, RealMobile and Red Pocket prepaid services. We can have you out of here in 15 minutes.

Fact of the Day: Customers spend $135 Billion annually on wireless products and services 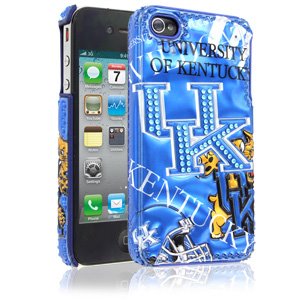 Kentucky 3d cases for the iphone 4. Only have a few left!

Straighttalk will allow ANY gsm phone on their network starting this week....Should be interesting to see.

Service is now back up! Please check your phone and let us know if you experience any problems. Iphone after semi ran over it with otterbox on it. Only damage was pressure to lcd screen.

Green, blue, yellow, teal, pink, gray...we mix them all. Got in a new shipment this morning! 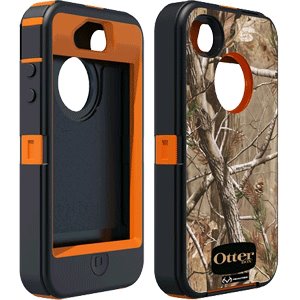 Just got orange camo otterboxes for the iphone 4/4s in stock! You cant find these anywhere local right now. They wont last long!

Where else are you going to find this selection??!

In stock now! Otterbox cannot make these fast enough and most suppliers are putting limits on how many can be ordered. We have orange coming in tomorrow!

Today’s the day - Small Business Saturday! You did a fantastic job spreading the word in support of small businesses everywhere. Now, let’s get out there to support the businesses we love. If millions of people Shop Small it will be HUGE!

Need a faceplate for your cell phone? What about a new car charger? Come by and see us today!

A whole assortment of Otterboxes for iPhone 4! Can't find these colors elsewhere!

Lots of Otterbox alternatives with designs in stock now!

Just got some better wholesale pricing and we are passing it along, prices on repairs have dropped on quite a few phones

Closed to go help the community sandbag! We will re-open Tuesday at 9am

For all my angry birds junkies...iphone 4 only

We FINALLY got our shipment of replacement skins for the otterbox 3g. Blue, purple, green, pink and orange. These replace the boring white/pink/black skin that came on your otterbox.

Be the first to know and let us send you an email when Big Wireless posts news and promotions. Your email address will not be used for any other purpose, and you can unsubscribe at any time.

Send a message to Big Wireless:

Other Mobile Phone Shops in Paducah