2010 Chevy Silverado
$600.00 Down +TTL
carsandcashauto.com for more information and photos

Applications are officially open for our Grants Of Hope program!

If you are a survivor of DV and want to learn how to budget, build credit and maintain financial independence we encourage you to apply!

10 applicants will be selected to complete a 6-week course and receive a grant for $1000 to use as they choose.

After I retired, my wife insisted that I accompany her on her trips to the local grocery store. Unfortunately, like most men; I found shopping boring and preferred to get in and get out. Equally unfortunate, my wife is like most women - she loves to browse. Yesterday my dear wife received the following letter, from the local store manager:

Over the past six months, your husband has caused quite a commotion, in our store.

We cannot tolerate this behavior and have been forced to, ban both of you from the store.

Our complaints against your husband, Mr. Harris, are listed below and are documented by our video surveillance cameras:

1. June 15: He took 24 boxes of condoms and randomly put them in other people's carts when they weren't looking.

2. July 2: Set all the alarm clocks in Housewares to go off at 5-minute intervals.

3. July 7: He made a trail of tomato juice on the floor leading to the women's restroom.

4. July 19: Walked up to an employee and told her in an official voice, 'Code 3 in Housewares. Get on it right away'. This caused the employee to leave her assigned station and receive a reprimand from her Supervisor that in turn resulted with a union grievance, causing management to lose time and costing the company money. We don't have a Code 3.

5. August 4: Went to the Service Desk and tried to put a bag of M&Ms on layaway.l

7. August 15: Set up a tent in the camping department and told the children shoppers he'd invite them in if they would bring pillows and blankets from the bedding department to which twenty children obliged.

8. August 23: When a clerk asked if they could help him he began crying and screamed, 'Why can't you people just leave me alone?' EMTs were called.

9. September 4: Looked right into the security camera and used it as a mirror while he picked his nose.

10. September 10: While handling guns in the hunting department, he asked the clerk where the antidepressants were.

11. October 3: Darted around the store suspiciously while, loudly humming the, 'Mission Impossible' theme.

12. October 6: In the auto department, he practiced his, 'Madonna Look' using different sizes of funnels.

13. October 18: Hid in a clothing rack and when people browsed through, yelled 'PICK ME! PICK ME!'

14. October 22: When an announcement came over the loud speaker, he assumed a fetal position and screamed;

15. Took a box of condoms to the checkout clerk and asked where is the fitting room?

And last, but not least:

16. October 23: Went into a fitting room, shut the door, waited awhile; then yelled very loudly, 'Hey! There's no toilet paper in here.' One of the clerks passed out.

CHEAP CHEAP CHEAP
This car has new tire and new brakes all the way around.
$1050.00 Cash Only SOLD

Mediacom is not working again!!! We have no phone or internet.

29 Biggest Car Mistakes That Will Cost You

Don't treat your car incorrectly or it will cost you.

My special helper for the day.

Our phones are not working but we ARE open.

2011 Kia Soul
This is a cute little gas saver
Photos and info .com

I love this kid!!

I would like you to meet my grandson Gary Merle, he is quite the salesman.

Ottumwa Radio is now hiring for part-time board operators for the Baseball and Softball season. We are looking for punctual, dependable people who will work independently and with attention to detail. Starting pay $9/hour, with an estimated 15 to 25 hours a week. Applicants must be at least 16 years of age and retirees are encouraged to apply as well. Send your resume to [email protected] or apply in person at our offices on 416 E. Main Street in Ottumwa.

We will be closing at 11:00 Saturday April 30th.
Have a great weekend.

2011 Kia Soul
This is a cute little gas saver
Photos and info .com

2012 Ford Fiesta
This one won't last long!! I am struggling not to keep it for myself.
more photos and price available .com

Fonz and Anthony have been working hard to gets some cars out this week.
Stop in and check out our selection of fuel savers.

2008 Yukon Denali
$10,500.00
In house financing is not available for this vehicle.
carsandcashauto.com for more photos and information.

2009 Chevy Malibu
$50.00 a week!!!
photos and information available at carsandcashauto.com

Be the first to know and let us send you an email when Cars & Cash posts news and promotions. Your email address will not be used for any other purpose, and you can unsubscribe at any time.

Send a message to Cars & Cash: 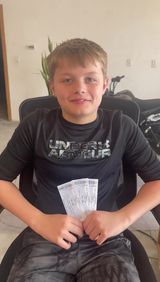 I love this kid!!

I would like you to meet my grandson Gary Merle, he is quite the salesman. 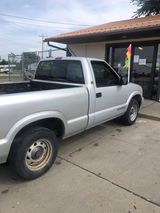 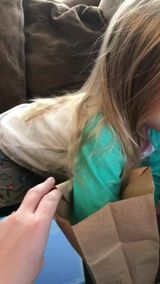 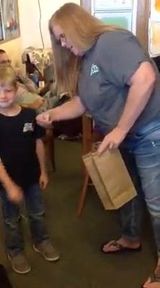 I always stop in and check them out when in town!
x

Other Ottumwa shops (show all)