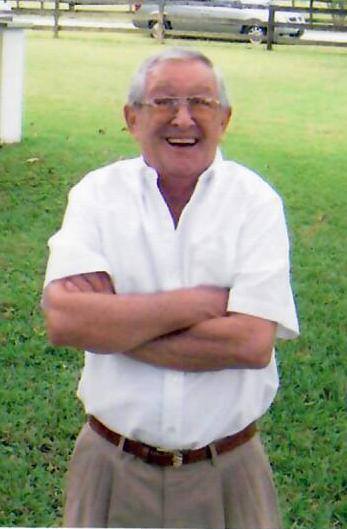 James Andrew Testa, 82, born February 15th 1935 in his parents’ home in Pittsburgh, PA. He passed away in his sleep in his home in Davie, FL on September 18th 2017.
Jimmy is survived by his wife of 59 years MaryJane (Abate), his seven sons Vincent, James, Thomas, Michael and his wife Ronda (Clair). David and his wife Hilda (Cook), Dennis and his wife Melissa (Baddeley), Kenneth and his wife Karen (Rico) and his daughter Karen and her husband Matthew Kroll. He leaves behind 19 grandchildren.
He was the son of Vincent (Jimmy) Testa and Marina Cilia), growing up in Pittsburgh with three younger brothers Joseph, Raymond (deceased), Robert and his sister Marina. Jimmy grew up as a very active kid, always playing sports and working on his grandfather’s, Andrew Cilia’s, dairy farm every summer.
Jimmy wasn’t that fond of school, he always would rather be out playing baseball or moonlighting as a stock car mechanic. A graduate of St. Mary of the Mount high school in Mt. Washington where he played the French horn in the school band, met many of the people who became his lifelong friends and, because they needed someone with a car, was coaxed into a double date with young MaryJane Abate who would become the love of his life.
After high school, Jim was encouraged to take advantage of his size and athletic ability and pursue a career as a thoroughbred jockey working for, among others, both Art Rooney and Daniel Galbreath, owners of the STEELERS and Pirates respectively. Soon, in 1958, Jimmy married MaryJane and the family began very soon thereafter.
In 1969, aboard a horse named Jazzbo, at the Fairmont Park racetrack in Collinsville Illinois, Jimmy took a tumble that hastened his retirement. By then the family was living in Hollywood, Florida during the school year which became their permanent home.. With very little experience and no marketable skills Jimmy refurbished house trailers until an old friend Mr. B told him of a small (tiny) business opportunity. That opportunity was a small booth in the Farmers Market that featured trinkets, 50 cent sunglasses, novelty items and featured a small vacuum form sign machine in the corner. Jimmy worked and scrapped and used his mechanical aptitude and his uncanny business savvy to grow that business to become Testa & Sons sign company, one of the longest established sign companies in South Florida. It is his legacy, now operated by six of his sons. Upon his retirement, Jimmy spent much of his time, visiting his “sign shop” and spending time with his children and grandchildren. MaryJane was always ‘dragging him’ off to some new travel destination which he enjoyed more than he would ever let on. It was only after a series of strokes that he ever slowed down. Jimmy was a unique character, who never worked for anyone and did all that he did on his own terms. It was a difficult transition for him as illness after illness took their toll on his independence. Throughout all of this his wife MaryJane was with him only hiring caregiver assistance when absolutely necessary. In the end, when it became apparent that full time hospice care would be required, Jimmy passed away in his sleep and on his own terms.
Viewing will be at Joseph A. Scarano Funeral Home, 6300 Stirling Rd, Hollywood (LOCATION CHANGE) on Friday September 22nd 2-4 PM and 7-9 PM. Funeral Mass will be held Saturday, September 23rd at St. Bonaventure Church 1301 SW 136th Ave. Davie, FL at 10:30 AM.

Some of Our Work

I just checked out Testa & Sons Signs on YP.com and thought you’d like it too. Read reviews, post your own, get coupons, maps and more. Have a look!

I just checked out Testa & Sons Signs on YP.com and thought you’d like it too. Read reviews, post your own, get coupons, maps and more. Have a look!

Be the first to know and let us send you an email when Testa & Sons Signs posts news and promotions. Your email address will not be used for any other purpose, and you can unsubscribe at any time.

Other Shopping & Retail in Hollywood

Truck 48 is finished with it's facelift for 2021! Thanks Testa & Sons Signs and Won't Stop Customs for the great work!
Truck 47 is all freshened up for 2021 thanks to Second Generation Autobody and Testa & Sons Signs
Just saying a prayer for you that you all stay safe and healthy, love Aunt Betty
x

Other Shopping & Retail in Hollywood (show all)