This is a unique book shop curated by YOU based on one single question: What are the 10 books that have had the biggest impact on your life?
(40)

It all started October 2015, when I returned from my six months self exile from society – or, “retreat”, the word people use nowadays for the time one needs to question the unquestionable questions - undertaking a solitary pilgrimage from Berlin to Santiago de Compostella and then further to Portugal; a pilgrimage which brought me back trust, n

It all started October 2015, when I returned from my six months self exile from society – or, “retreat”, the word people use nowadays for the time one needs to question the unquestionable questions - undertaking a solitary pilgrimage from Berlin to Santiago de Compostella and then further to Portugal; a pilgrimage which brought me back trust, n 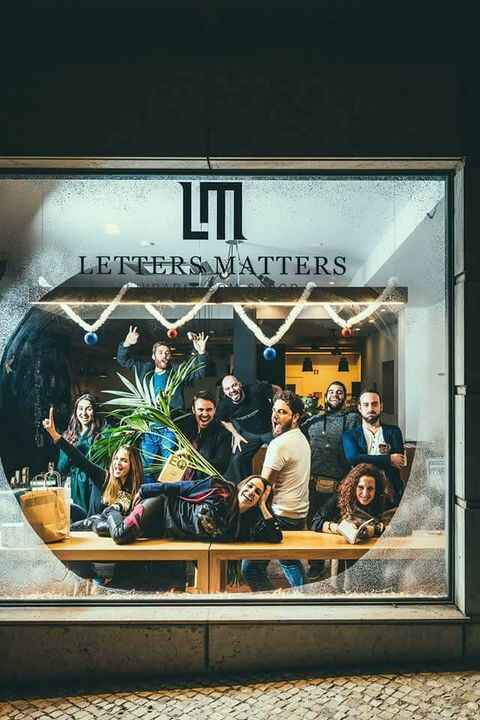 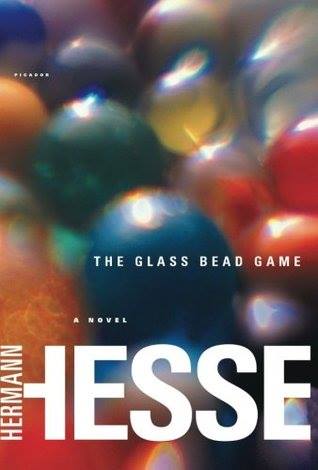 I guess it is an act of courage to try to write your thoughts and feelings about this Book.
You can not describe or reveal the depth and the complexity of this extraordinary Book, written in such a sublime language. You can maybe try to elaborate on one or two of its basic ideas, but not more.

It is not an entertaining book and you do not feel any emotional connection to any of the characters; nevertheless, the more you read, the more you feel deconstructed, dissipated and reconstructed in a sacred being, enlightened in a non-religious way, but yet kind of holy …
It definitely took me out of my comfort zone and it took me into an intellectual journey that ended up into a spiritual journey, if that makes sense.

Hesse has a complicated but mesmerizing way of writing that reminds me of Ka, from the Jungle book. You start reading and words are so beautiful, sentences are so comprehensive while convoluted, so fascinating while contemplative, so beautiful and at any point in time. One particular topic is analysed thoroughly, in-depths and reaching possibly contradictory conclusions and your mind is losing it slowly, but you are still there, thinking that is a matter of minutes until you untangle all of it and get it right, following your rules of perception, but you are so wrong.. the intellectual hypnosis takes over and you just follow and are happy to follow ..

It is about a place, a place that does not have a place, in the geographical sense of the word, if that makes sense. Maybe it is a place inside us; it is for every reader to find this inner place in his or her heart, maybe.

It is about a place not unintentionally called Castalia*.
Castalia is meant to be home to an austere order of intellectuals with a twofold mission: to run boarding schools for boys, and to nurture and play the Glass Bead Game.
*In Greek mythology, Castalia was a nymph whom Apollo transformed into a fountain of inspiration at Delphi. Castalia could inspire the genius of poetry to those who drank her waters or listened to their quiet sound.
It is in a way a monastery, a non-religious monastery. Monasteries used to be the places to preserve the knowledge and the wisdom (as processed, lived and felt knowledge) and that is exactly what Castalia seems to be.

It is also about a game called “Glass Bead Game”; a game that is explained in different ways in different part of the books, so that you kind of get a grasp what it is about - but there are no rules attached to it, which undoubtedly and luckily leaves so much room for making your own rules.
It is a discovery game, a discovery of the common language and common symbols between the language of music, art, science… so that these realms can communicate to each other at an unprecedented level.
One would simplify the description of this game as a religious substitution; I would call it more of a philosophical cosmology, as it seems to help shaping the answers to our purpose and mission in the Universe and maybe the purpose of the Universe itself. Maybe it is both?

Well, the Glass Bead Game is like a theory of everything, about a theory of everything that does not exclude anything, because of differences… where you have symbols for everything, for all arts, mathematics, music, architecture, astronomy, literature, humanities and alike and when you play the game you unveil the connection between any and all things and reveal the unified principles of knowledge.
We never find out, though, what the rules of the games are, even if the Book is persistently and consistently preaching order, hierarchy, rules and duty to obey, as Castalian virtues. But we grasp the game, we feel it and we play it at every page we turn …

And it is about a wonderful character, Joseph Knecht. Knecht means “servant” in German and I find a very elegant metaphor to name the character this way …
From the very beginning, Knecht embodies the type of selfless service.

The Glass Bead Game is in a way a fictional biography of Joseph Knecht.
It is a story magically entwined between the memories collected, interpreted, paced and played beautifully on the metaphoric stage by Joseph’s fictional biographer and Joseph’ assertions, own thoughts, assessments and teachings.
The Book is surely a masterpiece of a genre called at the time a “bildungsroman”, describing Joseph’s Knecht journey through life. His journey - poorly described by myself in a dried and probably incomprehensive way in the next sentences – was a beautiful journey for me, to explore my Being and my Personality and to discover myself at the end of the book somehow saddened (for reasons beyond my ability to formulate) but with a definite sense of Hope, hope that we will discover the game/instruments to become better people…

Joseph follows his spiritual journey stage after stage, as required by Castalia’s hierarchy: initiation (through the old music master), introduction to the musical meditation / contemplation (also by the old music master), spiritual awakening (through the old Chinese master), awakening to the historical reality (with Father James). At this point James is cured as Magister Ludi – the Master of the Glass Bead Game, office that he holds for eight years.
He realises at this stage that it is not only he coming of age, but it is the whole Castalian establishment, which is coming to an end of age and is on the verge of decay and collapsing, because it ignores the outside forces and the world history.
The next stage is one of the selfless listener – when he “heals” his friend, Plinio Designori, after and through a beautiful, inspiring, uplifting discussion about purpose and enlightenment and the last stage (unfortunately insufficiently explored by Hesse) is the re-attachment to the outside world, giving up his Magister Ludi office and the Castalian oath.


There is only a small criticism that I humbly allow myself to assert.
The whole Book tends to give the impression that Castalia consider knowledge is for the few, for the elite, the scholars, in a men’s world; and even the Castalian supreme mission to preserve that knowledge is not for humanity, but for the elite, for the privileged.
Clearly, I do not agree with that and probably most of the people don’t. But I do believe that the Book reflects in a way the time when it was written, as in the late 40’a and 50’s the academic culture was elitist and exclusive.

That said, I think I can not stop thinking myself that the Glass Bead Game Book is actually the Glass Bead Game … It is a symphony of intellectual wisdom. Once I’ve read the Book the first time, I started looking for that place, I wanted to be together with wise people and play the game. But I did not find that place; so I went back to the Book and I read it again. And I started again to look even more assiduously for that place. It felt it that place has to be somewhere. I didn’t find it and I went back to the Book. And I keep reading it ever since.
For a few months I was deluded in thinking that the Internet might be that place…
Unfortunately it wasn’t; Internet is a place where you might archive a lot of knowledge, but it is for sure not a repository for wisdom …

So back to the Book again…

A rich inner life, a powerful imagination, a good sense of humour, a reservoir of peace and equanimity are powerful creative tools.
They allow meaning to be found in suffering, beauty in sadness, peace in chaos
Raoul Martinez

Educating the mind without educating the heart is no educate at all ... journey continues... Educating the mind without educating the heart is no educate at all ... journey continues...

At the beginning it was the music ...

Music Matters ... a feel for the art of live music at LM with João Campos & Tiago Maia ...